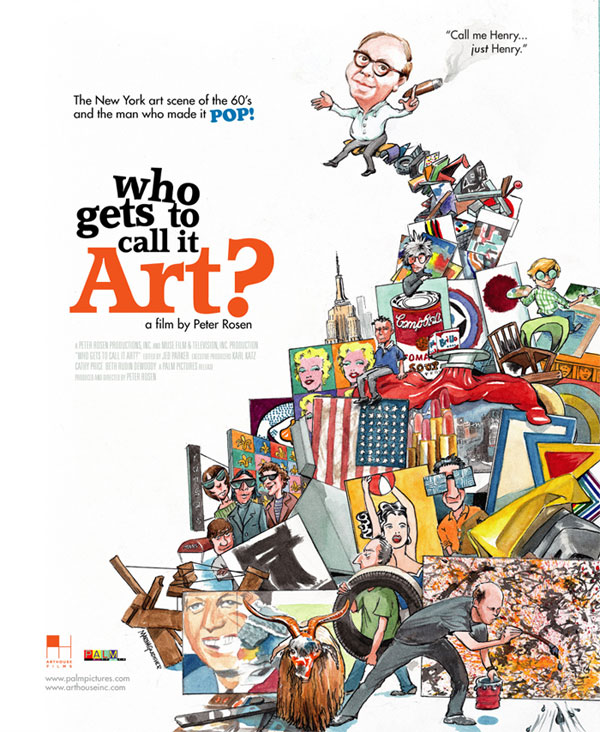 Posted at 14:08h in News, Past Art Movies by compound
0 Likes

Who Gets to Call it Art?


Henry Geldzahler was one of the most important figures in 20th Century American art, even though he was not an artist himself. Geldzahler was a collector and historian who helped establish the role of artists such as Andy Warhol, Claes Oldenburg, George Segal, and Roy Lichtenstein within the canon of contemporary art with “New York Painting and Sculpture: 1940-1970,” a groundbreaking show at New York City’s Metropolitan Museum of Art which made the case for pop art while the gallery establishment was still favoring the more accepted but less accessible abstract expressionists. A passionate man who was a friend, confidante, and collaborator to many of the painters and sculptors he championed, Geldzahler assembled the “New York Painting and Sculpture” show himself, and while it caused no small amount of controversy at the time (especially among his colleagues at the MoMA), it established a consensus that the pop movement and its leading figures were here to stay, and Geldzahler continued to be a mover and shaker in the world of contemporary art until his death in 1994 at the age of 59. Who Gets to Call it Art? is a documentary which celebrates and chronicles Geldzahler’s life and career and features interviews with a number of his friends and associates, including Andy Warhol, Frank Stella, Jasper
Johns, Jonas Mekas, Larry Poons, John Chamberlain, and many more. ~ Mark Deming, Rovi
78 Mins | Not Rated