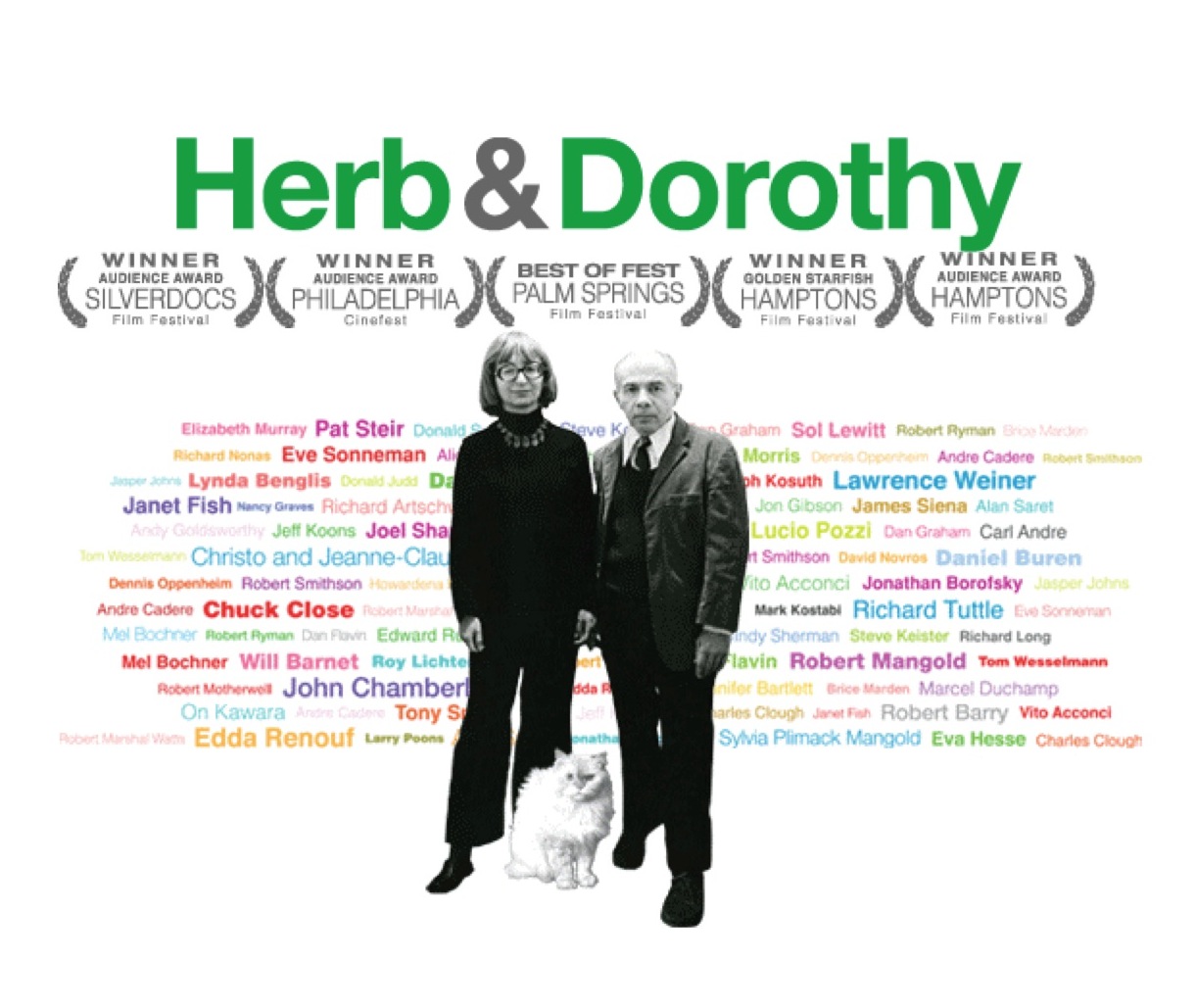 Posted at 22:31h in News, Past Art Movies by compound
0 Likes


Documentary filmmaker Megumi Sasaki reveals the passion of two art collectors who amassed a staggering collection of important works before donating their collection to the National Gallery of Art in Washington, D.C. It was the early ’60s, and pop art was exploding. Everyone was looking for the next Warhol or Pollock, and meanwhile Herb Vogel was getting by as a postal clerk while his wife, Dorothy, worked as a librarian. Both husband and wife were lifelong lovers of art, and agreed to use his salary to purchase works by unknown minimalist and conceptual artists while using hers to cover the couple’s living expenses.

It was tight living for sure, but the rewards they reaped would prove astounding. Not only did the couple grow to befriend many of the artists whose works they had purchased, but years later, after filling their one-bedroom Manhattan apartment with over 4,000 works of art, their collection would be valued at several million dollars. The Vogels never sold a single piece of art, instead choosing to donate their entire collection to the National Gallery of Art so they could clear their walls and start again.
~ Jason Buchanan, Rovi