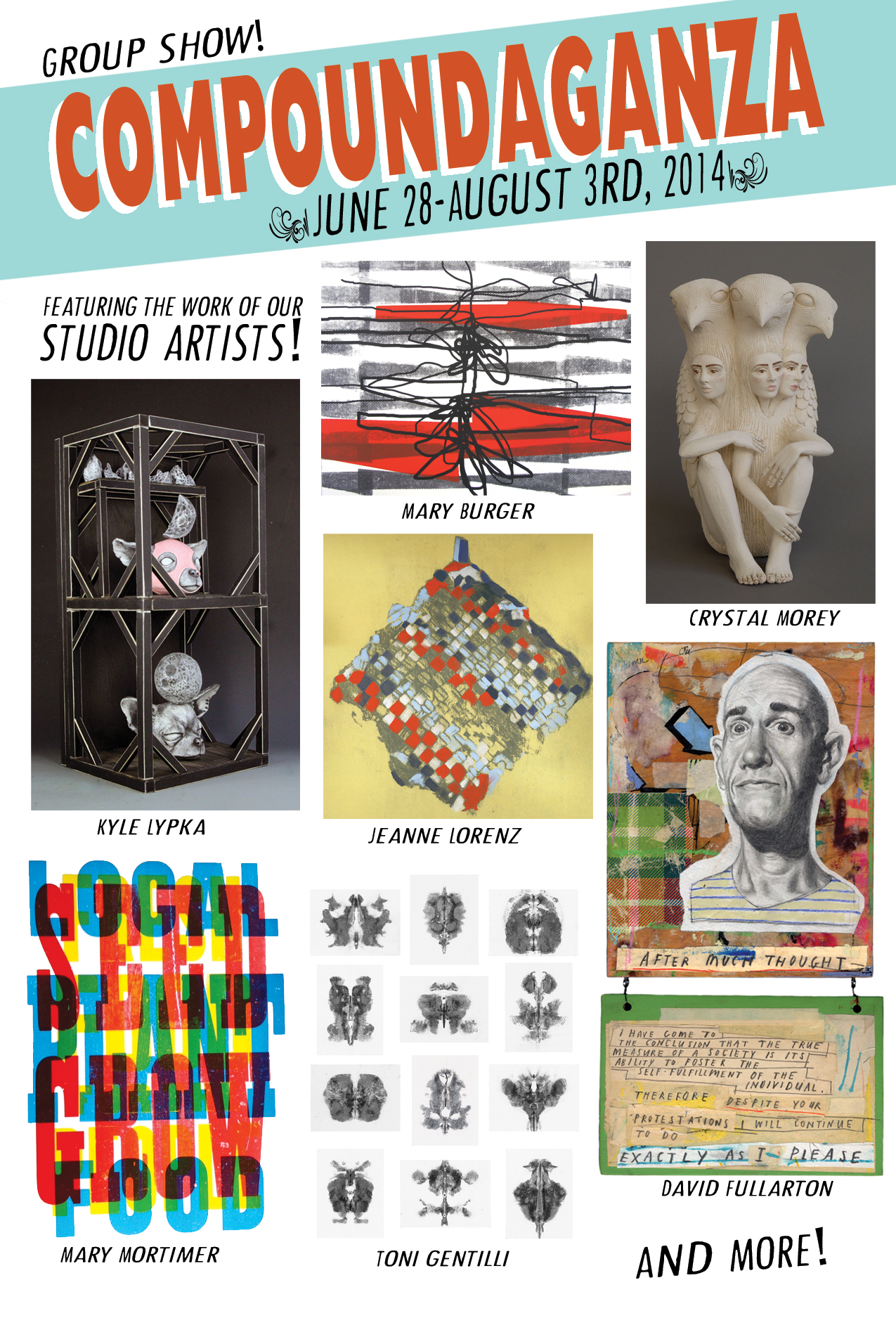 Posted at 18:02h in Past Shows by compound
0 Likes

Join us on the last day of Compoundaganza for some delicious treats, great art, and listen to Mary, Andreina, Zach Clark,  Takehito Etani, Toni Gentilli, and Maritza Ruiz-Kim talk about their methods and work. The panel is from 5-5:45pm