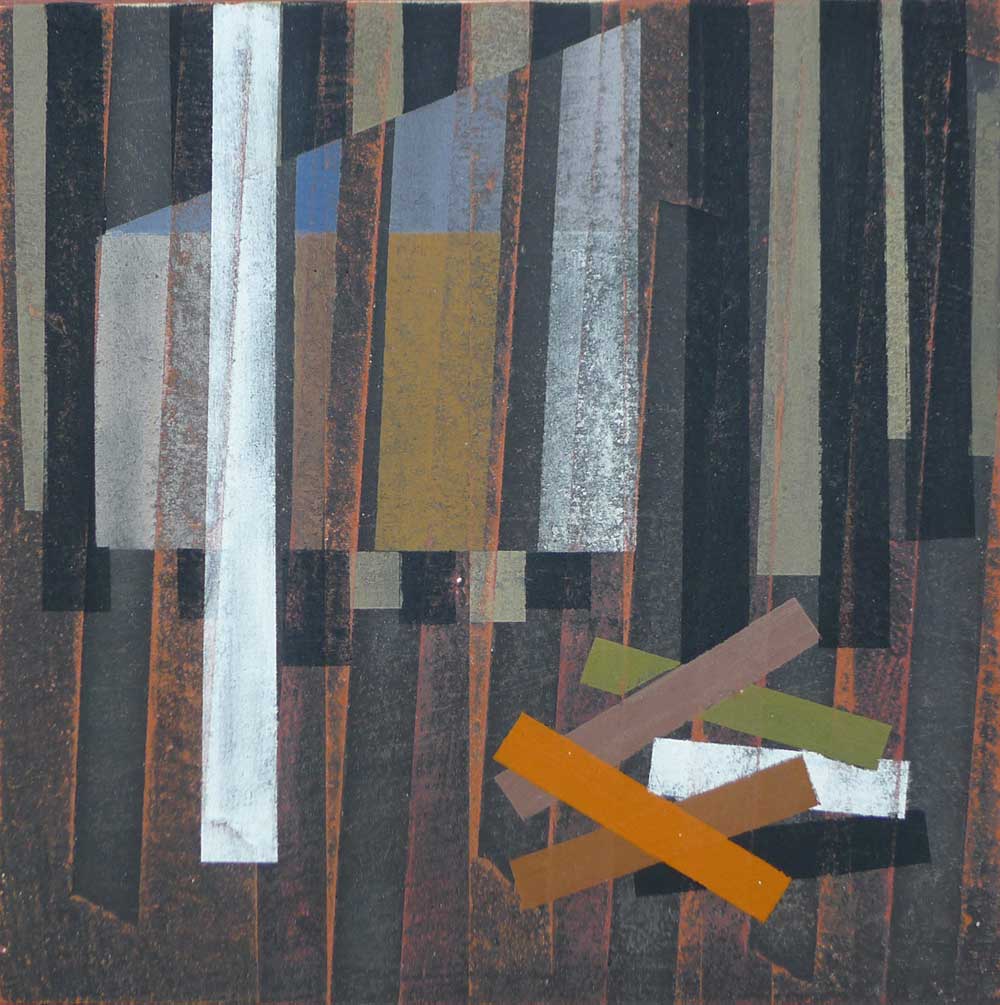 14 May Many Streams: New work by Martin Webb

Posted at 21:54h in Past Shows by compound
0 Likes

Many Streams
“We live in a time not of mainstreambut of many streams, or even,if you insist upon a river of time,Then we have come to delta,maybe even beyond delta to an oceanwhich is going back to the skies.”John CageKPFA Radio, 1992
Martin Webb captures images on night walks in his neighborhood and on road trips, looking for the common and the contrasting vernacular of both wild and urban landscapes. Whether on foot or on the road, Webb seeks out new ways of seeing his everyday/familiar environments and absorbing new or novel places. In his studio, Webb works with this garnered source material in an open-ended, intuitive way to produce paintings, prints, and objects that are simple in form yet speak to complex relationships of materials and decay, culture and nature.“Since I am often a figurative painter, this group of work might be defined by its conspicuous absence of people. Last year, I’d started taking photographs late at night in my neighborhood and became intrigued by the way that familiar scenes are transformed by darkness and stark artificial light. I noticed how the urban landscape makes sense when human activity is present, but takes on other qualities when the people are absent. This led to some initial paintings experimenting with these images, but they lacked a solid direction until a recent trip through the Eastern Sierras where I went out of my way to seek out the old abandoned gold-mining towns and settlers’ cabins. Again, the absence of people struck me. The cabins remain as a record of people having been there and passed onward. The natural landscape has shown the people their folly, thrown them out, and is now reclaiming the flimsy buildings back into its self. I’m always fascinated by people’s relationship with the land and time, and in particular the way that things we regard as solid and permanent are actually temporary, in flux, and part of a continuum much larger than ourselves.” 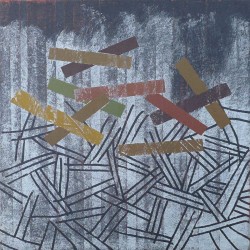 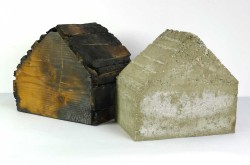