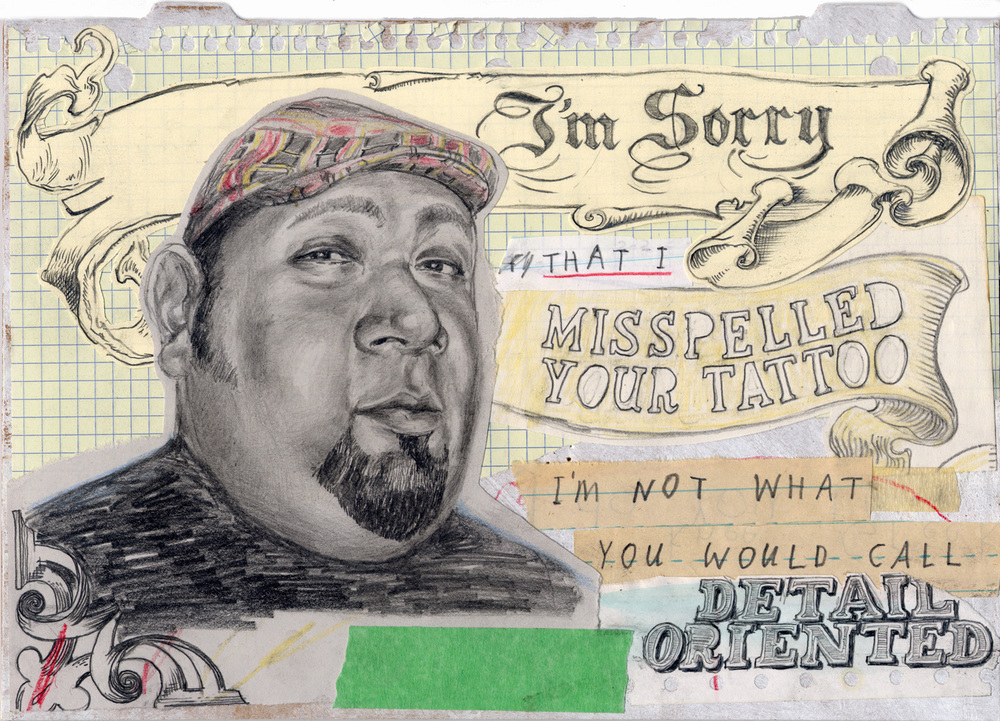 Artist David Fullarton was born in Scotland and currently resides in San Francisco. His experiences in both places inspired him to create a series of mixed media drawings which highlight a key difference in those cultures. “Although I’m British,” says Fullarton, “I’ve lived in the USA for the last 17 years, which means I come from a place where everyone constantly apologizes for everything, and I live in a place where no one ever apologizes for anything.” The  series, which he has been working on for the past two years, depicts people apologizing for an array of reasons—some humorously benign while others are melancholic or even caustically indignant. His work is an exploration of the possibilities of the contextless phrase, and a provocation to think about the larger narrative in which the apologies were based in.