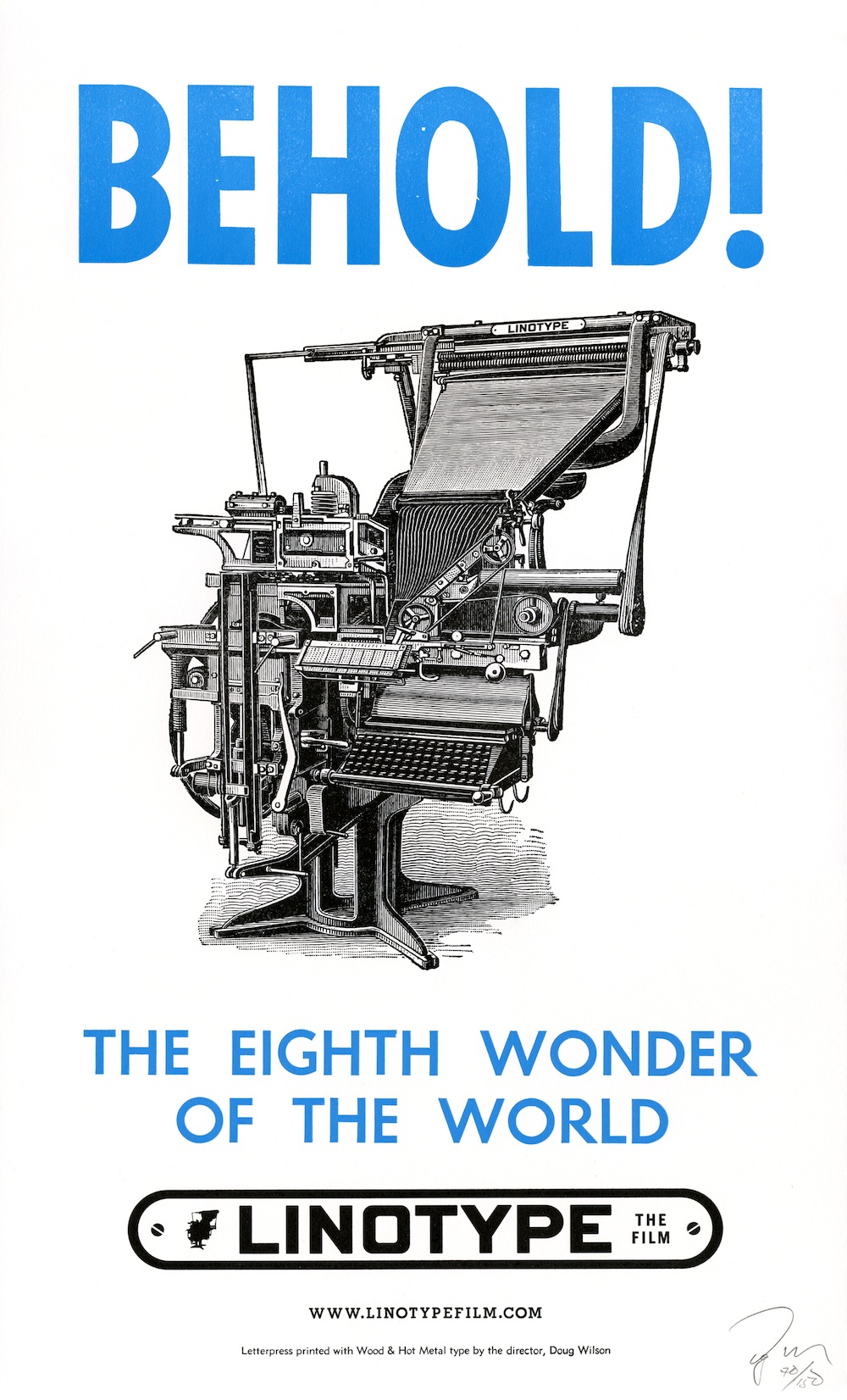 Come enjoy a FREE screening of the documetary Linotype: The Film. Watch it with us on the big screen and enjoy some popcorn and then buy yourself a copy HERE, because you will want to.

Linotype: The Film is a feature-length documentary centered around the Linotype type casting machine. Called the “Eighth Wonder of the World” by Thomas Edison, it revolutionized printing and society. The film tells the charming and emotional story of the people connected to the Linotype and how it impacted the world.

The Linotype (pronounced “line-o-type”) completely transformed the communication of information similarly to how the internet is now changing communication again. Although these machines were revolutionary, technology began to supersede the Linotype and they were scrapped and melted-down by the thousands. Today, very few machines are still in existence.

The highly-skilled operators of the Linotype are in a battle against time. If their skills are not passed along to a new generation of operators, the machine will die completely. There is a small group of former operators that want to save the Linotype from the scrap yard, but some see this as a fruitless endeavor.

What place does the Linotype have in the age of new technology? Should the machine be shoved into a museum and left to rust? Why should anyone care about typography or the technology of communication? The film seeks to answer these questions.