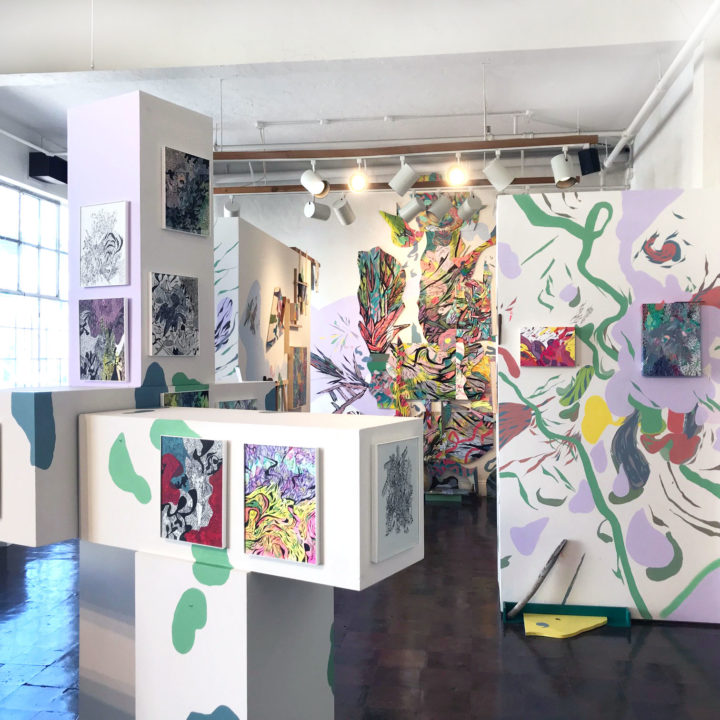 Ghost Ghost Teeth will be talking about his work at the Closing Reception on Sunday, October 14th 3-6pm (artist talk starts at 4pm). The Talk will be hosted by Svea Vikander of Art Crush.

As an arts reporter, Svea produces and co-hosts ART CRUSH, an innovative public affairs show on KALX Berkeley. The station has been ranked by Billboard as in the top five college radio stations in the USA and recently won an East Bay Express award for Best of the Bay. With Belgian artist Jozefien Buydens, Svea interviews artists in their studios, asking them about their lives, their work, and how they cope with the Bay Area housing crisis. She herself is a visual media and social practice artist, and her work has appeared in the San Francisco Chronicle, the Toronto Star, and the New York Times.

Svea has interviewed Simon Tran twice before and will be conducting a live interview with him about changes in his work and how he’s developed in his practice and career as an artist.

Unquiet Form also features a site specific installation of wood structures and paintings. These structures mimic the reconfiguration of subject matter, color, and play found in GGT’s paintings. Visitors can experience the installation and paintings as a structure comprised of numerous ideas and imagery, as there is no singular interpretation that emerges from the works—something GGT wants to leave up to the viewer. GGT is a first generation Vietnamese American who incorporates his parent’s culture into his own work alongside his own experience in America.  Much of his new works draw on the current confusing and disorientating American political and cultural climate, resulting in playful yet contemplative works with no direct symbols or signage.