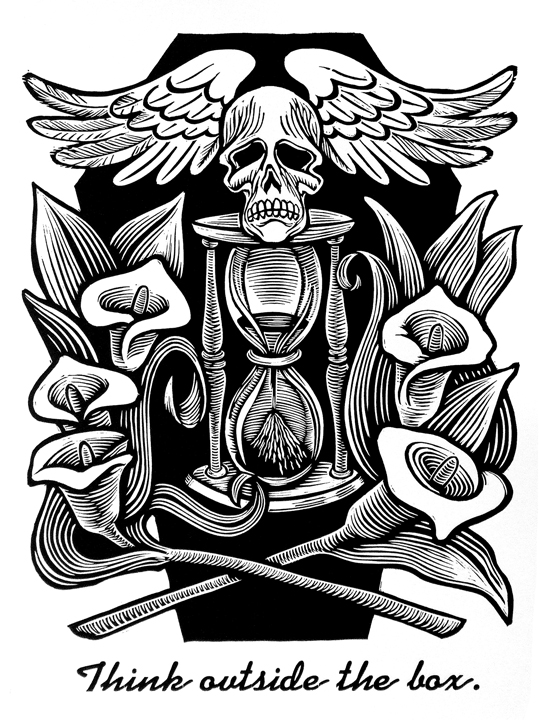 Posted at 18:12h in Main Gallery, Past Shows by compound
0 Likes

The Afterlife is a potpourri of print, a pastiche of paper, a mélange of marvelous woodcuts, letterpress, and serigraphs which explore the great beyond as celebratory, ideal, zany, and macabre. Print aficionados will delight in this display of posters, epitaphs, and funeral wreaths, via each artist’s idiosyncratic ideal of the great beyond. Curated by Annie Adjchavanich, this show brings together Agle, Mazorra, McCloud, and Starwars as four artists who celebrate quirky fun through the medium of print.

Martin Mazorra- The undisputed master of One-Eyed Printmaking! Martin has carefully, systematically and without pause CRUSHED the New York relief print scene. Hailing from West Virginia, he’s cut a trail of cuckoo clocks, broken hearts, country duets, magic spells, specters from his past, indecipherable lottery cards, Cavebeats, cracked ornithology, and parties like you wouldn’t believe across several miles of MDF. Prints that will stand the test of time, peoples!

Sean Starwars is a printmaker living and working in Laurel, Mississippi. He is a relief printmaking artist specializing in woodcut printmaking. He is also a member of the Outlaw Printmakers. The Outlaw Printmakers are a group that includes Tom Huck, Richard Mock, Dennis Mcnett, Sue Coe, Bill Fick, Michael Barnes, and Cannonball Press.

Bryce McCloud- Acting Print Meister at Isle of Printing. Found on a misty morning in 1997 swaddled in a bespoke hand printed paper suit, Bryce has sought to do his family and uncle proud by manufacturing novelty letterpress ephemera and inflicting public art mayhem on the largest possible audience allowed by the laws of nature. He hopes that neon replaces twitter and that all that glitters IS gold.  Founder of the 50-cent sidecar tour of Nashville. Interested in practical time travel machinery. 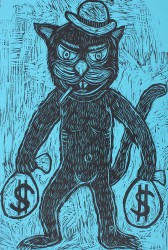 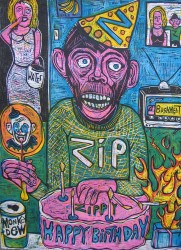 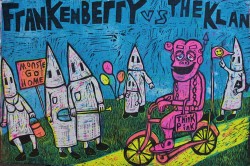 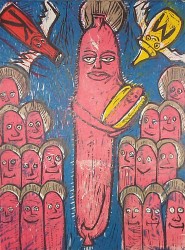 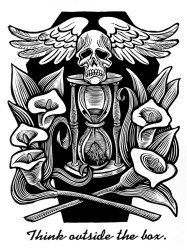 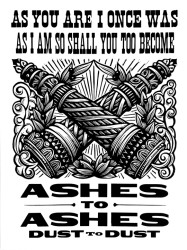 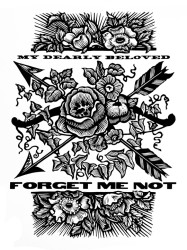 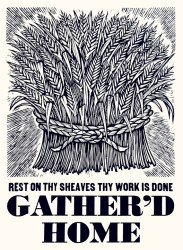 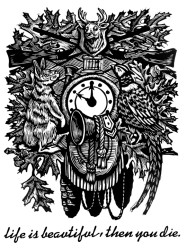 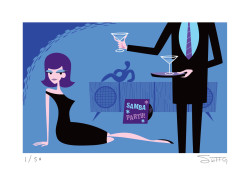